Forget about joyful, glossy and sumptuously festive Christmas ads. 2015 is the year marketers decided to make you break down into tears. Here is my review of the saddest and most successful Christmas video ads making the buzz this year.

The popularity of John Lewis’ Christmas ads is not to mention any more, but after 2014’s Monty the Penguin, they are going a bit further on the pathos side. “Man On the Moon”, which you MUST have seen by now, is the story of an old man stuck alone on a planet far away at Christmas, and this little girl from Earth making everything she can to send him presents all the way over – Youtube views: 22 million in a month.

This ad from Germany by Edeka, a mainstream food brand, gathered over 42 million views since its release. It touches the chord of the lonely grandpa again, but melodrama peaks higher than in “Man on the Moon”. After years of lonely Christmas eves, the grandpa dies alone. As his funeral unfolds on Christmas day, there is an unexpected turn of events…Youtube views: 42 million in 2 weeks.

This one is by the Spanish Lottery and it tells the story of Justino, a lonesome night guard in a mannequin factory. You could mistake the ad for a Pixar trailer, really. Here again, a Christmas that was expecting to be sad and lonely is turned around by the generosity of others, in this case Justino’s coworkers. Youtube views: 5 million in a month.

Toys ‘R’ us Christmas tree (US)

A bit shorter and less dramatic, this one shows kids going out of their way to bring a decorate a Christmas tree on the front yard of another lonely old man. Although he is a bit rough around the edges, he thanks them in his own way. Youtube views: about 1 million since October.

So why are these dramatic ads so trendy…and successful? For once, research shows that dramatic advertisements elicit sympathetic and empathic feelings among viewers (Escalas and Stern, 2003), especially when there is a focus on others’ distress (Moore and Hoening, 1989). With such ads, the brands can also position themselves as caring, warm and fostering  human relationships.

It also seems that the stronger the drama (going up to fake death with Edeka), the better. And the longer the spot, the more you can build this drama effect. Lastly, fostering strong Christian values of generosity and care is a particularly juicy angle these days, don’t you think?

Enjoy the videos, have a little cry if you need to, and off you go to have a wonderful festive season, all! 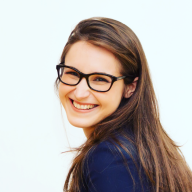 🙁 but in a good way. Thanks for sharing these.

Merry Christmas to you Laurence, to your family, & loved ones too.

Same to you and your family my dear! Take care x

I have noticed that you also shared a link from the Guardian.com on Facebook from Dr.Heath who also mentioned the same issue. I have got lots of insights through combining your two articles together tonight 🙂 Actually I’m also wondering that if those huge amount of clicks on YouTube can really be transferred into business, or the original purpose of providing this kind of videos is to increase brand-related benefits:). Besides, recently I have noticed one amazing ad from Shiseido named “High School Girl?”, but for its deep meaning behind the work I think I still need sometime to explore.

Well, new year is coming, I think one of the amazing things in 2015 is to follow your blog and read marketing-related blogs here. And finally I confirm my decision for phd application, which really took me quite a long time to make this choice. Hope it’s not too late!

congratulations on deciding to apply for the PhD! how is it going? do you have a supervisor in mind? (if not approach someone who will guide your application). I don’t think it’s too late for it though, deadline should be in the spring. I will have a look at the High School Girl video, thanks for the tip 😉